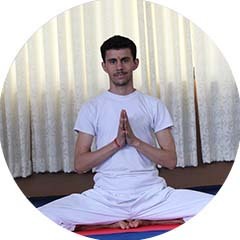 Known as one of the true and authentic yoga practitioners, Yogi Mohan Ji founded Swami Vivekananda Yoga School in Rishikesh to spread the teachings of Swami Vivekananda and yogic science. Yogi Mohan BadhaniJi was born in a Vedic Brahmin family, a family in which all the members used to chant Vedic mantras and practice yoga daily. During his childhood, he was influenced by his father who taught the basics of yoga to him. Later his study continues in a traditional Indian Gurukul where he was magnetized with ancient Indian traditions and culture. Due to the family and Gurukul environment, Yogi Mohan Ji has been attracted to spiritual practices from an early age. During his study in Gurukul, he got a chance for in-depth study Yoga, Sanskrit, and Music. Moreover, his attraction to yogic science helps him to explore the hidden trials of yogic knowledge. His yoga study is an amalgam of intensive research and practice. During his study of yoga, he got to know about the teachings of Swami Vivekananda and his contribution to yoga in the world. Thus his curiosity to know more about yoga and Swami Vivekananda multi-folds. Especially he emphasizes the teachings of Karma Yoga by Swami Vivekananda and ShrimadBhagwadGeeta. After completing his 2 years yoga course at Swami Vivekananda Yoga and Research center, Bangalore he decided to pass on the teachings of yoga and Swami Ji to the whole world. Thus, he founded a premium yoga learning Ashram in Rishikesh with the name Swami Vivekananda Yoga School. Apart from his yoga school, he also helps motivate and guide the students in the school and institute in collaboration with the Youth Welfare and Sports Ministry of the Indian Government. He is a well-known and renowned Hatha Yoga, Pranayama, and Meditation teacher. Presently, he is imparting the teachings of yoga to Indian and foreign students through 100 Hours, 200 Hours, 300 Hours, and 500 Hours YTTC in Rishikesh. For him, yoga learning is a process of the complete transformation of mind, body, and soul that can be achieved by connecting your soul to the supreme power of the world. 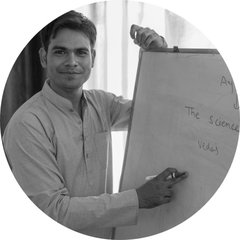 Yogi Rakesh believes beauty is held in every moment, and a smile can connect, create, and calm. And that we all can leave a mark, no matter how small, to help make the world a better place. Yogi Rakesh is an Anatomy Teacher. He has done his Diploma in Anatomy & Philosophy and also Diploma in Ayurveda. He has been serving his knowledge of Yoga Anatomy & Yoga Therapy for the last two years. His experience of teaching several types of students & people has taken him to another level of teaching. His gentle behavior towards students makes him a good Explainer as well. 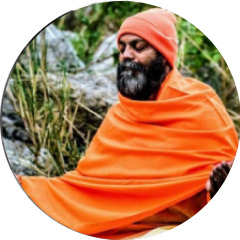 Swami Amarna Ji has done Osho Meditation Training Course in “OSHO INTERNATIONAL MEDITATION RESORT”in Pune, Maharashtra (India). He has well versed experienced in a different level of Osho Meditations and has been teaching many years in almost all the places all over India. Swami Amarna goes on felicitating, sharing Osho Meditation, Osho Visions too. Currently, he is residing in Rishikesh and continues serving and sharing his knowledge & experience from his Sadguru “OSHO” or Bhagwan Shree Rajneesh to the students from all over the world. Students really meditate, enjoy & Celebrate his classes the playful way of teaching and performing Scientifically & Spiritually which in tally with modern world and needs. 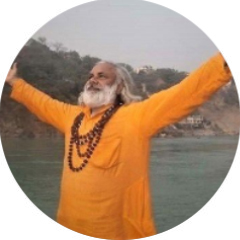 Swami Yogendra Mishra Ji hold master degree in Philosophy M.A (Philosophy) from Agra University. He also has D.Y.Ed (Yoga) Kaivalyadham and B.PEd (physical Ed.) from Amaravathi University. He is a Yogi with more than 25 years of experience in Yoga and meditation. He has taught Yoga in many countries around the world. We proudly convey this message that Acharya Yogi Yogendra Mishra Ji has founded the International Yoga and Mediation Academy as well as acting as an advisor for many institutions around the world. He is usually invited with special invitation by Yoga Centre operator in overseas.